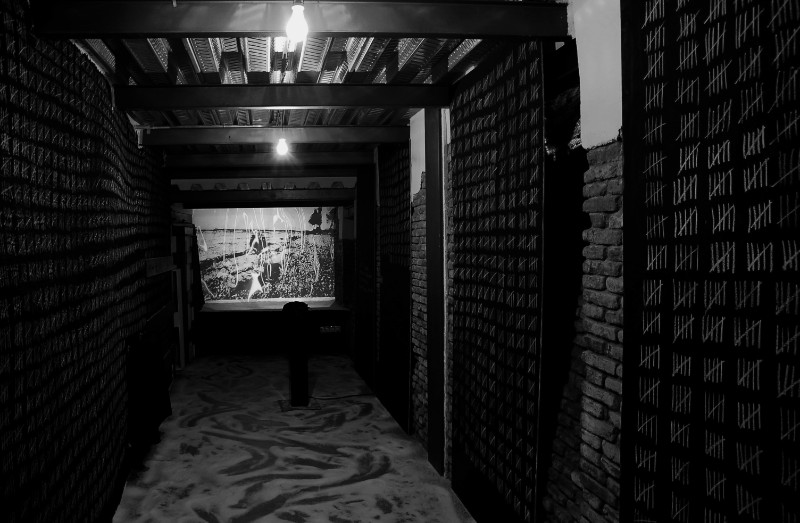 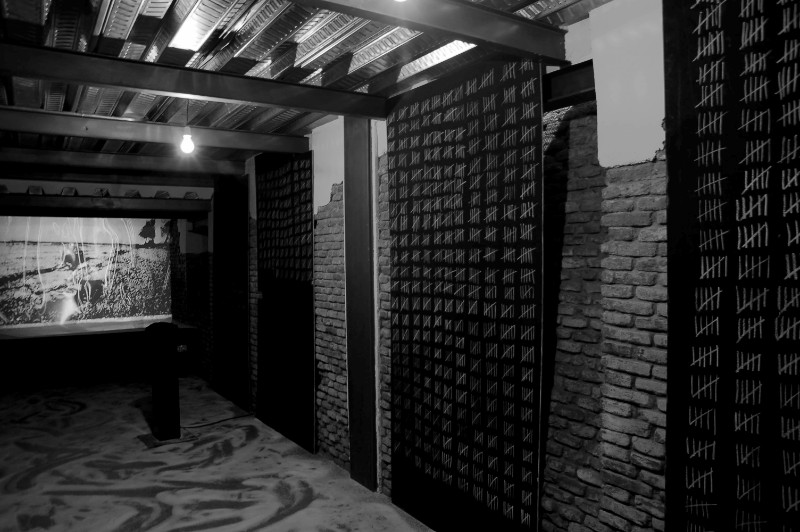 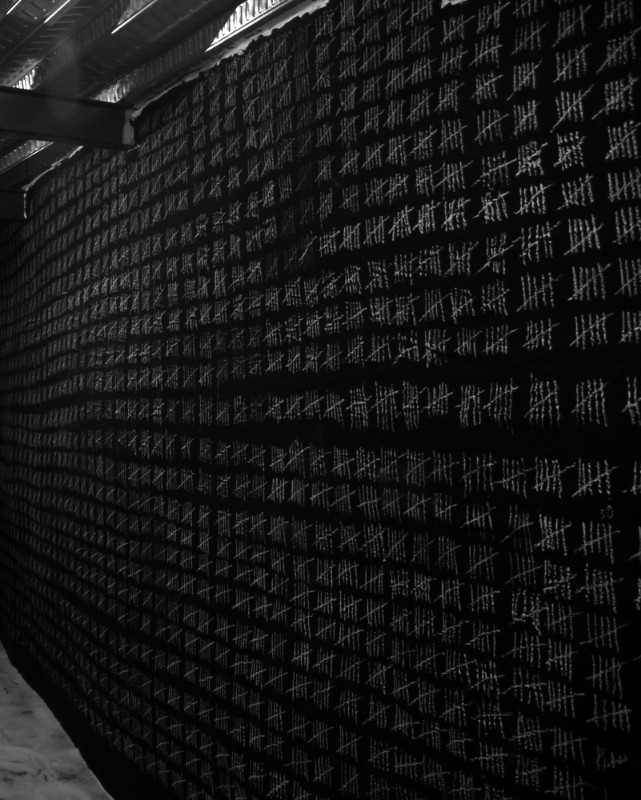 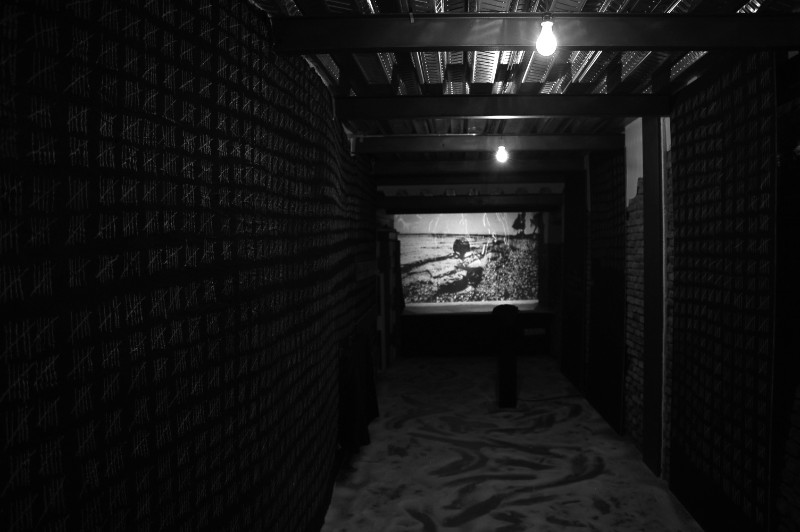 The present situation of the refugees in Europe awakens in the artist questions about the possibility of reducing the existence of a human being to an approximate number or to a box in a chart; Reducing the lives and experiences to the information of age, sex and country of origin.

The work consists of 4,742 marks on the wall, which symbolize the immigrants who have died in their attempt to reach Europe in the Mediterranean from January 2016 to December 5, 2016. Counting each life equally and emphasizing the importance of each one of them.